The Edmonton living bridge concept incorporates a Mixed Use community setting with the best river view one could ever image.  Landscaped roofs, walking paths with kiosks all come together to create an exciting adventure for all to experience.

Published in the Edmonton Journal, 2007

Two visionary bridges for the valley; Calif. architect has bold ideas to replace High Level, Walterdale Edmonton Journal Wednesday, September 12, 2007 Page: E3 Section: Business Byline: Ron Chalmers Dateline: EDMONTON Source: The Edmonton Journal EDMONTON – Two spectacular new bridges with attached condos, shops and offices cold enliven our river valley and improve traffic flows, says California architect Ted Powell. He’d like to see them built as a public-private partnership. “It’s a whole new concept of building bridges,” Powell says from his office in Arroyo Grande, midway between San Francisco and Los Angeles. He has prepared a tentative design for one potential investor, whom he would not identify. No formal development application has been submitted. In Powell’s vision, a developer would pay $5-billion capital costs in return for space on the bridges and approaches — in effect, creating building lots out of thin air. The idea springs from our growing traffic problems says Powell, a former city resident. “Edmonton has insufficient cross-river access to the downtown,” he says. “The Walterdale and High Level bridges are confusing and inadequate.” A new bridge, parallel to the High Level and a few metres lower, would create a smooth connection of two-way 109th Street traffic — without awkward approaches at either end. Condominiums would be built above and below the traffic deck, with more condos and a five-star hotel at the north end. The traffic deck of the old bridge would be converted into a retail promenade for high-end boutiques. Electric streetcars would continue to use the upper deck, linking Old Strathcona to the north side. The High Level’s distinctive black-iron finish would remain, Powell says. “We would use a lot of glass to maintain the historical character.” He also wants to replace Walterdale Bridge. “This would be a double-decker bridge with the upper deck connecting Gateway Boulevard on the south side to 105th Street on the north side, so people coming into the city would have easy access into the downtown.” The lower deck would connect to Bellamy Hill and James MacDonald Bridge. This new structure also would have attached housing. “We expect some people to say they don’t want development in the river valley, even on a bridge deck,” Powell concedes. But building heights would be low and “we would have rooftop green space so you would see landscape — not a lot of concrete and steel.” Brice Stephenson, Edmonton’s transportation planning manager, says the city has not identified any need to replace the High Level Bridge. “We have been asked, by city council, to look at access into the downtown, and whether improvements are required,” he notes. And Walterdale Bridge must be replaced within 10 years. Mark Garrett, acting general manager of the city’s planning department, rates Powell’s vision as “certainly dramatic,” yet politically difficult as it would require “a fairly significant change” from city council’s cautious approach to river valley development. But we need new thinking — with old references — Powell suggests. Although “there are no modern precedents,” for multi-use bridges, he points to the medieval Ponte Vecchio, in Florence, which has retail stalls. “Historically, the London Bridge comes to mind,” he adds. “There were shops, businesses, residences and even a cathedral located on the deck.” In sterile contrast today, “we have thought of bridges as means for transportation routes only.” But why should the best views of our river be reserved for motorists? Powell says his investor client “is willing to push this thing until somebody says ‘stop.’ ” He says the next step is to approach city and provincial authorities who control the land that would be needed for new bridge approaches. Ted Powell is a former member of the Old Strathcona Business Association. He was involved in the founding of the Old Strathcona Foundation and won a design competition for renovations to the old Post Office building at 105th Street and Whyte Avenue. He left Edmonton in 1985. rchalmers@thejournal.canwest.com © 2007 CanWest Interactive, a division of CanWest MediaWorks Publications Inc. All Rights Reserved. 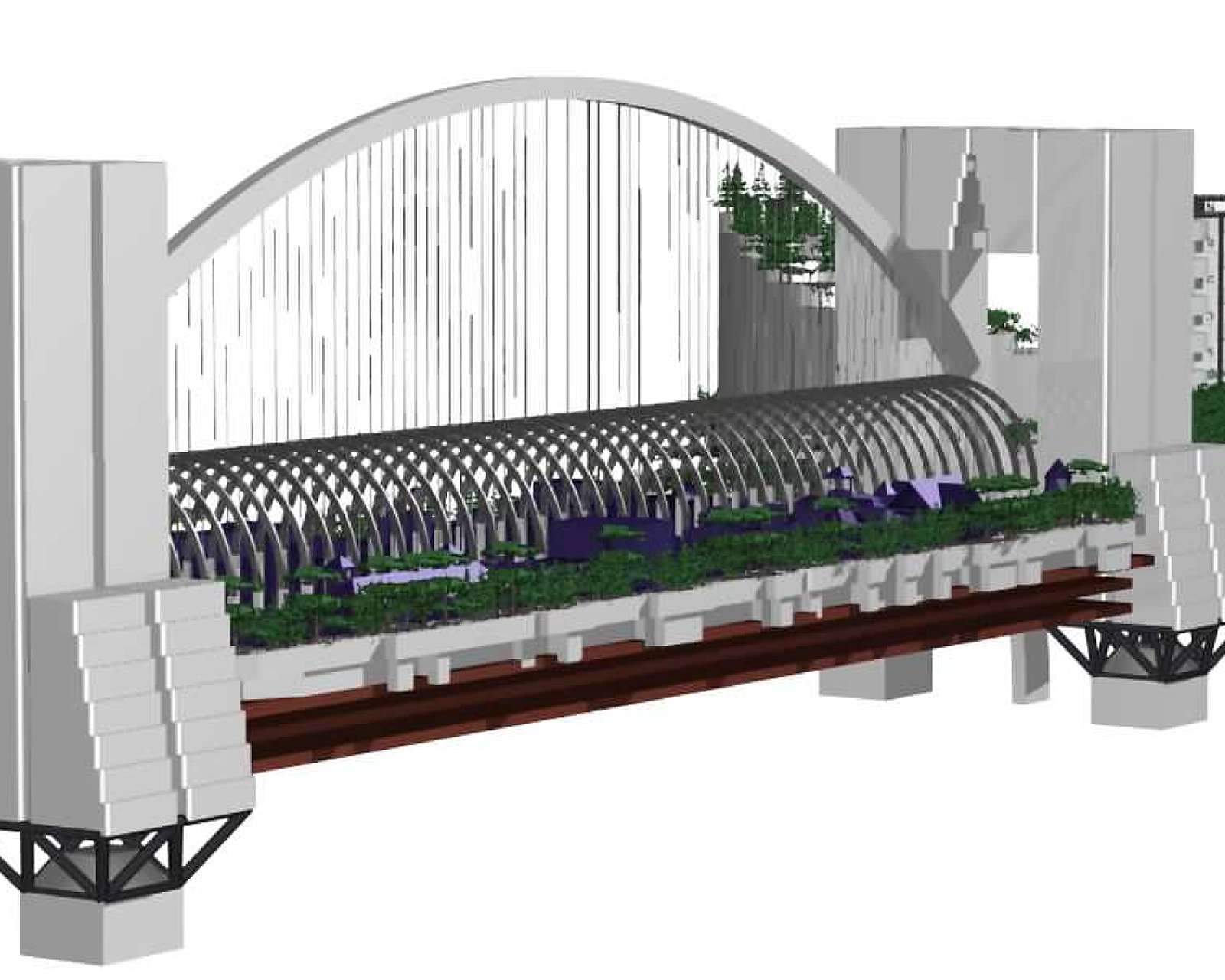